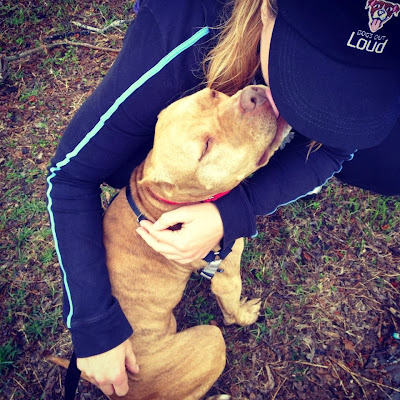 According to the Dogs Out Loud web site:

Austin, TX is at the forefront of the No-Kill movement and, in 2011, became the largest city in the US to achieve a 90% or better save rate of the animals entering its city shelter. As we have accomplished this incredible milestone in humane achievement and lifesaving work, a new challenge and gap in services has come clearly into view. No-Kill is defined as saving every “healthy, treatable, and rehabilitatable animal in the shelter.”

What we have discovered is that a 90% save rate is not truly fulfilling that promise. Our city has incredible programs to support nearly all of the vulnerable shelter populations save one: medium to large breed dogs with high-level behavior problems. While dogs with mild to moderate behavior problems can be supported through in-shelter behavior programs, there is a group of good, savable, rehabilitatable dogs that cannot. It is those dogs that are still dying in significant numbers at Austin’s city shelter. Dogs Out Loud was created to help fill this final gap, meet the needs of this last vulnerable shelter population, and contribute to making Austin a true No-Kill city and a leader and model for the rest of the world in what is possible in animal welfare and behavior work.

Dogs Out Loud provides training, behavior rehabilitation, and high quality care in a home-like environment to medium to large breed dogs dying at shelters due to high-level behavior problems that cannot be addressed in or are exacerbated by the shelter environment. We provide additional behavior support services that address specifically identified gaps currently costing the lives of this subset of shelter dogs. 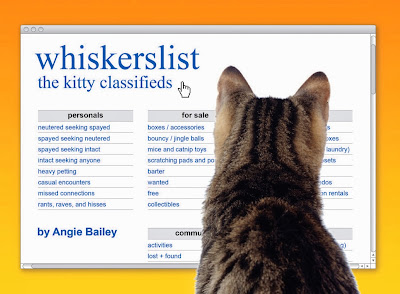 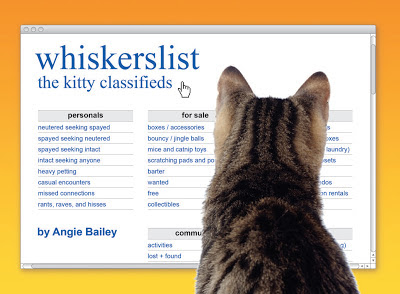 This clever parody combines two of the Internet's hottest sensations--cats and craigslist. With 160 hilarious classified ads written for  cats, by cats,whiskerslist reveals the inner lives of our favorite furry friends like never before. With categories ranging from "Personals" and "Gigs" to "Lost & Found" and "Help Wanted," the varied posts in this entertaining cat community provide an imaginative and entertaining look into what cats are really up to when left alone. A must-have for cat lovers who can't get enough of their quirky feline companions.

"From seeking job opportunities in the gnawing sector to selling pizza boxes that have only been sat in once, whiskerslist is a hilarious look at how cats could really make the most of the Internet if you'd just leave your laptop open or didn't worry about their paws smudging your iPad."
-Francesco Marciuliano, Author of I Could Pee on This: And Other Poems by Cats

"Hilarious! Anyone with a love of cats will surely love [this] book!"
-Yasmine Surovec, Author of Cat vs. Human

"What makes [whiskerslist] so damned funny? If you've ever spent a blessed second with a cat in your life, you'll know. You'll be howling -- in a good way!"
-Jackson Galaxy, Host of Animal Planet's My Cat From Hell and Author of Cat Daddy

Do You Give Your Cat Christmas Presents? 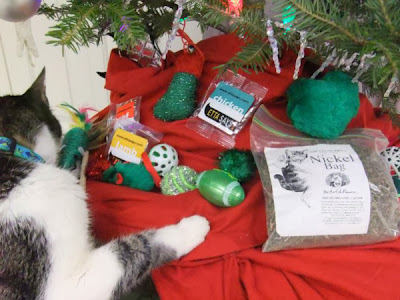 Do You Give Your Cat Christmas Presents or Other Holiday Gifts?

from: catster.com:
I sure do -- and I even hide them under the tree! How about you? 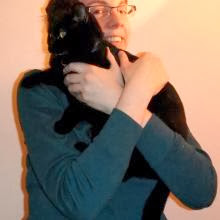 JaneA Kelley  |
I’ve tried every positive-reinforcement technique I can find, but I still can’t keep my cats from investigating the counters. Likewise the table: If I have guests and we’re eating a meal, I have to put the cats in another room so we can enjoy our dinner in peace. They wake me up at 5:30 a.m., even on weekends, and sometimes they puke on my bedspread. But that doesn’t matter, because in every way that counts, they’re good kitties.

They don’t climb the Christmas tree, even though it’s an extremely tempting target. They very rarely have knock-down, drag-out, fur-flying fights, and they’re not big on running for the door as soon as it opens. They’re more than willing to settle in for a good snuggle and keep me warm on cold winter nights.
For more click here.
About JaneA Kelley: Punk-rock cat mom, science nerd, animal shelter volunteer, professional cat sitter, and all-around geek with a passion for bad puns, intelligent conversation, and role-play adventure games. She gratefully and gracefully accepts her status as chief cat slave for her family of feline bloggers, who have been writing their award-winning cat advice blog, Paws and Effect, since 2003. 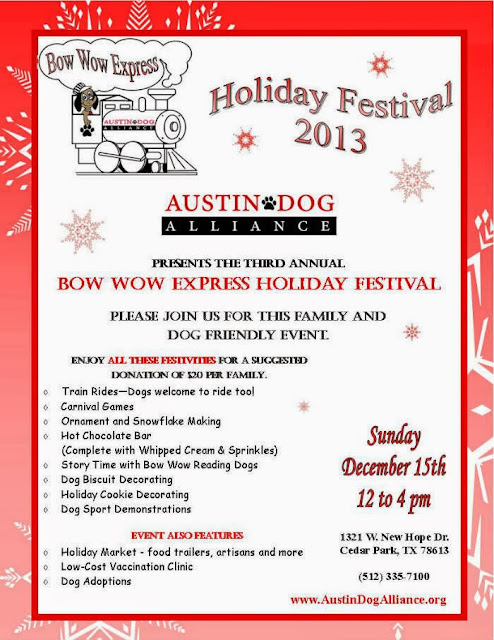 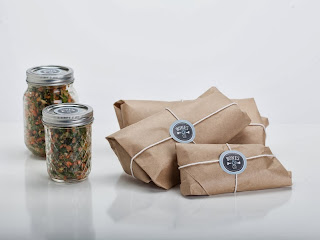 BY RYAN LAKICH
Live healthy and eating well are a popular pastime for Austinites, with various trends sweeping through town and becoming all the rage. If you’re dog lover, your pet can now join in with your healthy lifestyle and even perhaps shed a few pounds instead of just shedding fur on the couch.
The launch of The Bones & Co., a local handcrafted meal-service business, could go a long way toward making making your dog's diet more natural — in addition to making your pooch feel pampered. The primary goal of The Bones & Co. is to steer your dog away from processed kibble and back to food that comes directly from Mother Nature. Founder Ryan Cummings, who has a master’s degree in agricultural business and five years' experience in the pet food industry, is ready to make dog food with ingredients you can pronounce.
“I working internationally doing sourcing and quality control, and actually that’s what led me to my interest in Bones & Co. in Austin,” says Cummings. “I really wanted to do something that was the antithesis of the international pet food industry. I really wanted to do something local with whole foods, and none of the byproducts and preservatives that you see in traditional pet food.”
Posted by Debi Martin No comments:

Then There's This: Turf Fight at Auditorium Shores

Auditorium Shores makeover plan would limit the park's off-leash space to the western end.
For a city that strives to be on the cutting edge of all things trendy, Austin lags behind a national shift toward creating more off-leash dog parks – what the Trust for Public Land has called the fastest-growing species of city parks in America, with Portland, Ore. leading the pack. Indeed, according to advocacy group Friends of Austin Dog Parks, Austin has steadily downsized its off-leash acreage while other cities have added more space. The shrinkage argument is amping up in advance of a Dec. 10 meeting of the Parks and Rec­re­ation Board, which is set to vote on a proposed redevelopment plan for Auditorium Shores. That plan calls for reducing the existing 18 acres of off-leash space to about four acres (up from the originally proposed three acres).
The iconic shoreline park has been a popular dog-romping spot for several decades. The stretch of open space has also featured in the city's long-running discussions about upgrading and improving the park as part of the Town Lake Metropol­itan Park master plan process, but funding shortages hampered those endeavors until concert promoters C3 Presents stepped up last year with a $3.5 million donation. Then it was full speed ahead on the Shores.
Under a partnership that includes C3, the Austin Parks Foundation and PARD, the makeover calls for new grass and an irrigation system, shoreline erosion controls, and a newly segmented park with a "main lawn" event venue on the east end, off-limits to all dogs, a "middle lawn" for other activities (leashed dogs only), and on the west end, an off-leash space with lake "launches" and other bells and whistles that dog advocates say they didn't ask for. PARD's Marty Stump, who's overseeing the park project, said some minor revisions to the off-leash park (including a "modest increase in size") will be released Friday as part of the backup material for the Dec. 10 meeting.
Assuming the plan passes out of the Parks Board, it would go before City Council on Dec. 12. But prickly proposals of this nature tend to get fussed over and delayed in order to, if nothing else, shine more light on the process. That would be the fair thing to do at this point, considering that Council already voted in June to alter the off-leash boundaries for Auditorium Shores, apparently without public input, and without a dissenting voice on the dais. Strange behavior for a council that likes to play up the city's no-kill status. The vote was 7-0, taken on the day Council formally accepted the $3.5 million donation from C3. (Here's where I should note that PARD officials and C3 insist that the monetary gift had absolutely no influence on the decision to amend the 1977 off-leash ordinance.)

Email ThisBlogThis!Share to TwitterShare to FacebookShare to Pinterest
Labels: #AuditoriumShores

AUSTIN (KXAN) - The Austin City Council is set to vote Thursday on design changes for the Auditorium Shores Dog Park.
The proposed modifications will first be reviewed by the Parks and Recreation Board during their meeting Tuesday.
The new design comes after many people were concerned about the reduced area for dogs off their leashes.
The main concern for Parks and Recreation has been safety issues raised by having off leash dogs.
Many also believe the plans were solely what C3 Presents, the company funding the project, wants.
C3 is expected to donate $3.5 million over a 5-year-period.
The new plan adds an additional 1.45 acres of off leash zone. It also adds 350 feet of open run area.
Making those changes caused a 35 foot reduction in water access.
No dogs will be allowed on the event lawn once the changes are made.
If the new plan is approved on Thursday, construction of the off-leash area is expected to begin next April.