Not Surprised: Tech-savvy cats at SXSW

From: venturebeat.com
By: Daniel Terdiman
AUSTIN, Texas — Raise your hand if you know who Morris the cat is. OK now, if you’re older than 30, put it down. Hand still in the air?
I doubt it.
Today, as I was pulling myself together for my first day at South by Southwest (SXSW), an email arrived in my inbox: “Interview the World’s Most Tech Savvy Cat.” Meaning Morris.
I’m a huge cat person, and if you ever look at my Twitter feed, you’ll notice I post way too many pictures of my cats, many of them on or near keyboards. But even I have to say that felines are not all that tech-savvy. Especially not Morris.
When I searched Google for “Morris the cat,” the top suggestion that auto-popped up was “Morris the cat died.” Not a good starting point for a cutting-edge tech celebrity.
But after noting that Morris was “the world’s original ‘celebricat’ and the star of 50+ popular … cat food TV commercials over the past 45 years,” the email, on behalf of a pet food brand I shall not name, promised that, here at SXSW, he “will become the world’s first ‘feline tech correspondent': Not only will he report on the latest tech trends and events live from SXSW, but he will also be available for on-camera interviews and red carpet appearances.”
That’s when my palm hit my face at pretty near the speed of sound.

I shouldn’t have been surprised. In the early going of this year’s SXSW marketingpalooza — which has been going on for weeks, judging by the email I’ve gotten — pitches tying animals to technology have been legion.
To begin with, there’s the kitty who truly is the most Internet famous: Grumpy Cat. Let me quote a line from a pitch email I got about that the other day: “I just wanted to follow up about the cat and bacon-centric event we are having at SXSW.” Yup, Grumpy Cat and bacon.
And not just Grumpy Cat. Joining that famous star here in the Texas capital during SXSW, also to promote a pet-food brand, are “five of her famous feline friends”: Nala Cat, Waffles, SamHasEyebrows, Oskar the Blind Cat and his brother Klaus.
Add Morris to that roster, and wow. Just wow. Face-plant wow.
Yet another Internet-famous feline, Lil’ Bub, is here too. And while that cat is teaming up with a cable TV network, at least the major message they’re trying to spread is raising money for shelter animals.
It turns out that Grumpy Cat and friends are also going to be helping out shelter animals, but that message is buried way down in the email I got about their visit. It felt like an afterthought someone added when they realized that the most people would only see it as a pitch for bacon-flavored cat food.
And it’s not just cats. Dogs will be in effect here as well. As has been widely reported, Mophie has hired a St. Bernard to walk around downtown Austin, dispensing power to battery-challenged mobile device users. A St. Bernard dispensing help. Get it?
“Inspired by tales of St. Bernard rescue dogs in the Swiss Alps,” Mophie wrote on its Web site, “the mophieRescue Team will dispatch Saint Bernard dogs at SXSW from March 13 through March 15.”

Fortunately, someone else realized that there was a disconnect between animals getting famous on the Internet and the problems faced by millions of homeless cats, dogs, and other could-be pets. Next Monday, SXSW attendees will be able to check out “CAT”astrophe: Good, Bad and Ugly of Internet Cats, a panel discussion about the grim fate of many of those animals. “We’ll ask for your ideas on how to take the obsession and fascination we have for Internet cats,” the panel’s creator wrote, to “use the power of social media and advocate for change so that more lives are saved.”
Here’s the thing. As someone who’s been coming to SXSW for years — this is my 10th — I know that buried beneath the uncountable layers of marketing, most of which is tasteless or at least pointless, there’s still a terrific interactive festival.
In my early years at SXSW, that’s pretty much all it was, and it was a treat. But ever since Twitter exploded here in 2007, brands have tried to use the event as their own launchpad to success. Few have succeeded. And when the huge brands — car companies, device makers, tech giants, and others — started to overrun downtown Austin with massive temporary installations, it got harder and hard to find the creative spark that once ruled the day here.
Thankfully, as I always tell people, that spark is still very much in evidence during SXSW, if you know where to look for it. One place is at the (mostly) annual Laughing Squid drink-up, which took place Thursday night. I have often called that gathering, at the Ginger Man bar, the “beating heart of the Internet.” It’s not a marketing bash. It’s a place for geeks and digerati luminaries to come and have a beer and just chat like normal people.

And, of course, there’s tons of amazing panels, talks, keynotes, and the like. For example, Google X head Astro Teller will give a keynote on Tuesday; NASA astronaut Reid Wiseman will talk on Sunday about his experiences in space; and Ello founder Paul Budnitz will give a talk today about building a social network that doesn’t seek to turn its users into its product. And, of course, there’s a discussion about the Greatest Geek Moment in History on Sunday (disclosure: that’s my panel).
The point is, for those who came to SXSW to learn things, to be inspired, and to meet amazing people, there’s plenty to keep them busy, and away from the suffocating marketing messages. But it’s harder than ever.
There’s a bit of a truism in Hollywood that when an actor starts starring in movies alongside animals, his or her career is in serious trouble. At least creative trouble.
I’m not making that argument about SXSW, since there’s still plenty to delight the mind, but it’s worth taking note that for the third straight year, Grumpy Cat will be one of the biggest names in town.
And then there’s this pet food for thought, courtesy of the lovely marketer pitching Morris (and, believe it or not, attributed to Morris): “To make SXSW coverage really creative, tell those tech journalists to think outside of the box. Then inside of the box. Then outside again. Cats do love boxes.”
I think there’s a different kind of cat-related box for these types of messages.

Email ThisBlogThis!Share to TwitterShare to FacebookShare to Pinterest
Labels: austindogandcat and sxsw

Shelter dogs to be trained as police K9s 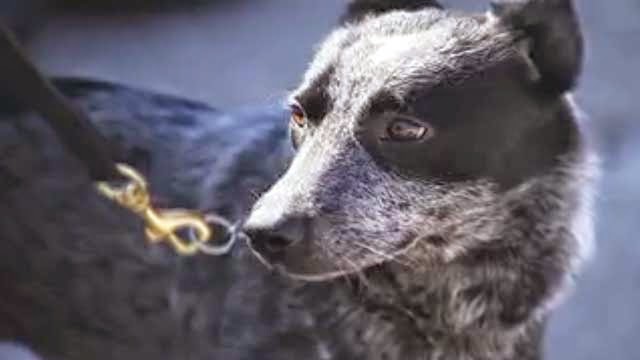