Email ThisBlogThis!Share to TwitterShare to FacebookShare to Pinterest
Labels: ASPCA 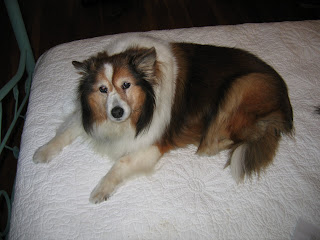 Bambi, affectionately known as "The Tub O' Love," due to her portly physique and Irish red hair, passed away peacefully at the Griffith Small Animal Clinic on 2222, where she was first seen as a six-week-old puppy back in July of 1994. March 4, 2008 will be remembered as the day of the infamous Texas Two-Step Presidential Primary and the day another angel entered heaven.
Posted by Debi Martin No comments:

Wee Rescue is honored to be one of the local charities to benefit from Eeyore's 45th Annual Birthday Party on Saturday, April 26th, from 11 a.m. until dark at Pease Park in Austin. A long-time Austin tradition dating back to 1963, Eeyore's Birthday Party is now a fund-raiser to benefit Austin-based non-profit groups. These groups will be selling hot and cold food (including vegetarian), soft drinks, juices, spring water, and Texas beer. Look for commemorative Eeyore cups and T-shirts. Admission is free. Live music will play from noon until 7 p.m. Costume contests for children of all ages and prizes are just some of the fun. Artists will face-paint and imprint temporary tattoos; maypoles will be erected. Musicians playing non-amplified instruments are invited to play.

What you always suspected: Vizlas are Republican 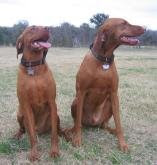 If they could vote, Riley (left) and Winston (right), both males (no surprise there) would vote for McCain for president because he supports free trade, opposes NAFTA and is for a flat tax. These vizlas aren't typical conservatives though, they want to see an end to the death penalty -- especially an end to the death penalty for dogs -- and are for spending more money on the environment. "It's the right thing to do for the country and the environment," said Roland Gerth, who is in sales in Austin. His wife Karen said that Riley, who is three, and Winston, who is 4, also would support bones for all dogs all the time.
Posted by Debi Martin No comments:

Chewy speaks, stands up and "sits" for Obama 08 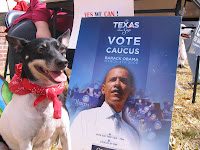 Chewy, a five-year-old fox terrier mix from the Austin SPCA, is for "Obama because he is for hope for everyone, including dogs," said Chewy's "human," Brigid Shea, old-guard Austin activist and former City Council member. "Speaking" for Chewy, she said, "Obama will make change we need in our nation and in our world." While Chewy lobbied for yet another treat for posing for a photo in front of an Obama poster, Shea said, "Obama not only understands the Constitution but he's taught it -- and he 'gets it'." When asked whether she feels maybe a tinge of guilt about not supporting Hillary, Shea said, "The topic has come up with me and my friends. Yeah, there are some mixed feelings. Some women do feel they are deserting the cause of Hillary by supporting Obama. I think I'll start a group called Feminists for Obama. It's not that I don't want a woman for president, I just don't want that woman." To which Chewy said, "Woof!"
Posted by Debi Martin 2 comments: 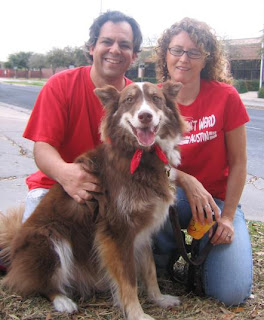 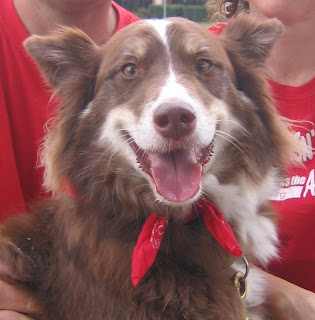 , a five-year-old male bordie collie mix, is doggone mad about the "big cat" development planned in his neighborhood near Northcross Mall because he prefers clean air when he walks, said his "human," Debra Hanson, Ph.D. candidate in botany at UT Austin.

More cars going to Wal-Mart means more pollution where Sancho lives. Sancho believes that his street will start looking more like a thoroughfare than a residential street or like somewhere in Houston, says Hanson, who accompanied Sancho during his protest walk around what's left of the old Northcross Mall on Anderson Lane. Also part of Sancho's ensemble was Doug Dorst, a creative writing professor at St. Edward's University. The protest was organized by Responsible Growth for Northcross (RG4N).