2008: The Legislative Year in Review, from ASPCA 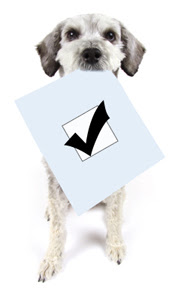 The sun has set on 2008, and animal advocates throughout the United States have plenty to celebrate. Humane legislation continues to gain legitimacy in the halls of power, and mighty new allies in the media—like Oprah Winfrey and Miley Cyrus—helped the ASPCA broaden our reach and share our anti-cruelty message with countless pet-passionate people—including lawmakers.

At the end of 2007, we predicted that the Michael Vick dog fighting scandal would lead to a swath of new anti-fighting and felony-level cruelty legislation in 2008. Thankfully, we were right! Animal fighting was a hot-button issue in 2008, with more than 10 states passing new animal-fighting laws or upgrading their old ones. Encouragingly, Virginia, the state that was home to Vick’s “Bad Newz Kennels,” led the way by passing three separate laws addressing various aspects of animal fighting, including penalties for spectators.

Read on to learn about some of the coolest laws passed for animals in 2008 and see what types of bills succeeded in multiple states.
Posted by Debi Martin