Japan's other earthquake and tsuanmi victims: cats and dogs 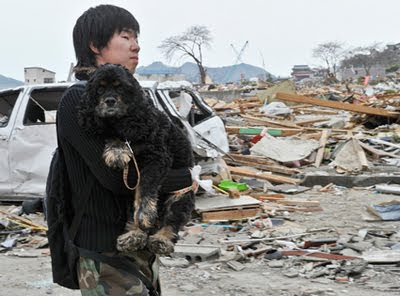 When Isabella Gallaon-Aoki and her two colleagues loaded up her Toyota wagon with dog carriers, cat carriers and as much pet food and supplies as they could fit in the car, they became the first animal rescue team to head into the devastation of Sendai, a coastal city in northern Japan that was most ravaged by the earthquake and tsunami.

The grassroots efforts of people like Aoki quickly became the backbone of animal and rescue and relief. Animal Garden Niigata teamed up with the Japan Cat Network and HEART-Tokushima, which normally focus on spay/neuter programs for stray animals, to form the Japan Earthquake Animal Rescue & Support (JEARS). Their Facebook page quickly became the information center for news and other information from the disaster area.