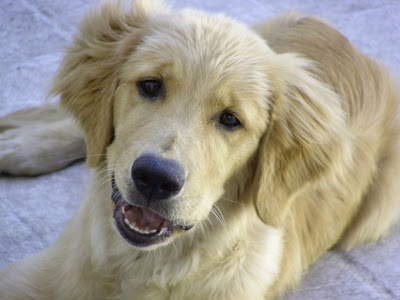 Domestic dogs have been closely associated with humans for about 15,000 years, though some studies seem to reveal that the domestic dog arose even earlier--about 33,000 years ago. It's thought that dogs first arose in China and the Middle East, domesticated in order to act as hunters and watchers. Since then, the dog has evolved into 339 different breeds--and those are the only the ones recognized by the World Canine Organization. These days, dogs are so well adapted to living with people that in many cases the owner replaces conspecifics and assumes the role of its main social partner.

One aspect of the bond between humans and dogs is the "secure base effect." Also found in parent-child bonding, this particular effect occurs when human infants use their caregivers as a secure base when it comes to interacting with the environment. With the dogs, the researchers found that the canines seemed much less motivated to work for food when their owners were not there than when they were--even when the owner was silent.
"One of the things that really surprised us is that adult dogs behave toward their caregivers like human children do," said Lisa Horn from the Vetmeduni's Messerli Research Institute, in a news release. "It will be really interesting to try to find out how this behavior evolved in the dogs with direct comparisons."
The study shows the first ever evidence for the similarity between the secure base effect found in dog-owner and child-caregiver relationships. The scientists plan to continue their research with direct comparative studies on dogs and children. With these new findings, we know a little bit more about man's best friend and possibly a little more about the history of their relationships with humans.
The findings are published in the journal PLOS One.
Posted by Debi Martin