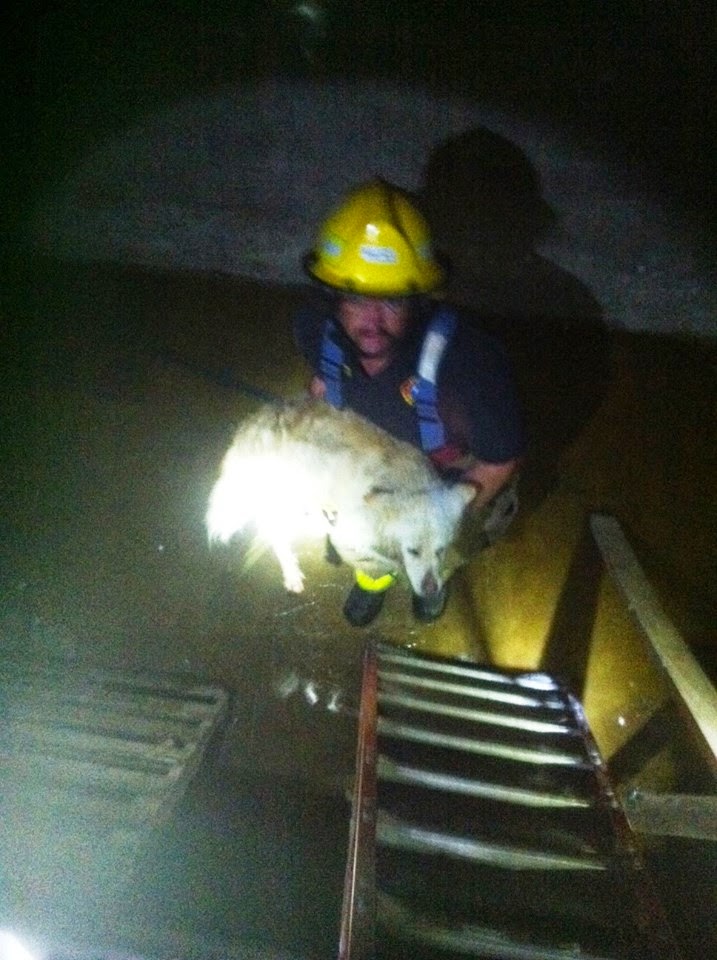 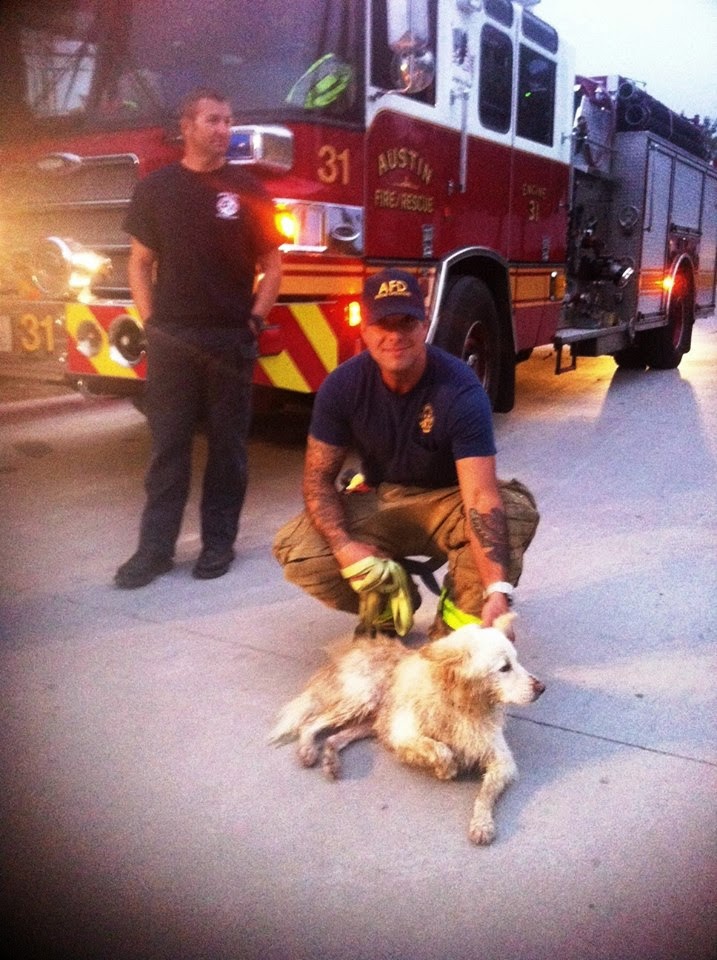 
This past Saturday morning, Engine 31 responded to a construction site where a dog had become stuck in an elevator shaft. A woman reported that a pack of dogs had chased her in there and she had jumped to safety but one of the dogs had gotten stuck. Firefighter Josh Wallace put on his bunker pants with gloves and a helmet, and dropped a ladder down into the hole. Firefighter Wallace made contact with the dog and used a piece of webbing to make a leash; he then climbed out with the dog in his arms. The dog didn’t have any tags, so the crew contacted the Austin Police Department who then called Animal Control. Once they arrived, the dog’s microchip was scanned—she lived just a few blocks away and Animal Control took her home. A happy ending and a testament to the importance of having your pet microchipped!
Posted by Debi Martin