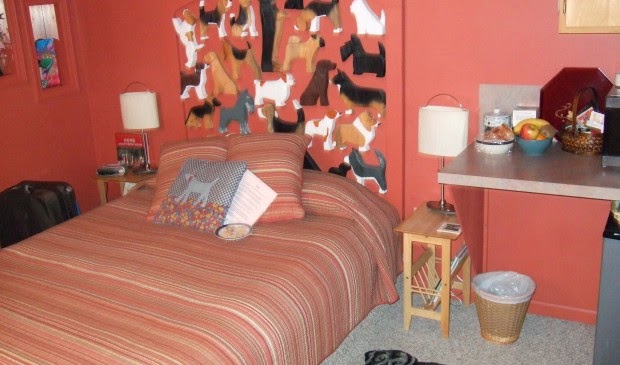 Last week, the City Council Planning Committee took a look at pet motels and whether they belong in the Airport Overlay.
As a body, the committee has opted to avoid specific zoning recommendations, so it took a big-picture look at two proposals for pet hotels that will soon be before the full Council.
The Planning and Zoning Department’s Jerry Rusthoven explained that the Scott Airport Parking property, which is located at 2426 Cardinal Loop, is on land the city purchased through federal airport mitigation funds. In exchange for those funds, the city is required to develop the property for an airport use. In 2013, Council moved forward with a public/private partnership for a pet motel that would also offer valet parking and shuttle services.
The other property concerns a proposal for the Stay and Play Ranch, which is located at 2363 SH 71. Rusthoven said that, though it is similar in concept, the project is private and has nothing to do formally with the city.
Council Member Delia Garza pulled the items for discussion, saying the Scott Airport Parking project had “set off some alarms” for her because of the city’s involvement. The second pet hotel, she said, was not as much of an issue as a coincidence.
Garza explained that she had pulled both items in an attempt to talk about planning and the importance of surroundings near the airport. In this case, the surrounding area includes Del Valle, which she pointed out the city has neglected in the past. Saying that she has heard from the residents of Del Valle, Garza sought answers about whose input was included when the plan for the area was established.
“I feel like they thought of this plan just thinking about the airport, and not thinking about the surrounding areas,” said Garza. “What I thought was, you have this part of town which has long felt neglected, and then when (residents) are driving into town to go to their jobs, they are passing a pet hotel and they can’t even get an HEB out there. They have to drive 20 miles.”
Committee members also looked at whether the pet motels were an appropriate use in the overlay. The airport overlay was created to mitigate noise pollution and help ensure that the city does not replace the buildings it removed with federal money with things similar to what was originally there.
Rusthoven noted that there are some human uses allowed in the overlay, like the Hilton Hotel, for example. The reasoning, he said, was that it was OK for people to spend a limited amount of time in the area but not live there, much like dogs in a kennel.
Council Member Sheri Gallo took a more personal approach to the proposal, noting the convenience of being able to do things while out of town.
“As busy as everyone gets now, the opportunity to have everything done when you’re gone … being able to find appropriate places for our pets to stay when we are going in and out of town is good,” said Gallo.
The Scott Parking property is currently seeking a zoning change to Aviation Services zoning, which allows for aviation-related uses. The Stay and Play business is seeking a change to Commercial Services zoning, which would allow the kennel use.
- See more at: http://www.austinmonitor.com/stories/2015/04/committee-takes-dog-hotels-airport-planning/#sthash.rxgc7not.dpuf
Posted by Debi Martin