'I just met you and I love you' is real 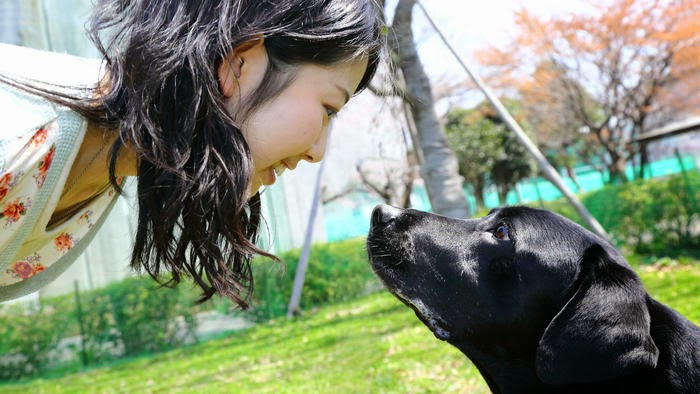 When they look into the eyes of their human companions, dogs have perfected that "you are everything to me" gaze that makes the human brain flood with oxytocin, the hormone of love, nurture and parenthood, a new study finds. (Mikako Mikura)

The long, loving gazes; the ritualized, often high-pitched, expressions of affection; the heroic self-sacrifice one would readily endure for the other: What is it about the bond between human and dog that is not like the relationship between parent and child?

Now comes evidence that when our dogs gaze into our eyes with that "you are everything to me" look, our bodies -- and theirs as well -- are flooded with oxytocin, the hormone of love, nurture, mutual trust and, above all, bonding that forms between a parent and child. In a new study, Japanese researchers observed the interactions of 30 dog owners and their canine companions, and found that the more the owners and their dogs gazed into each others' eyes, the more concentrated was the burst of oxytocin both human and canine produced. And, they found the more we humans return a pet's gaze and the greater the resulting surge of oxytocin, the more emphatically we believe that ours is the best dog in the whole wide world (yes, she is ...).